The Five Most Haunted Places In Scotland Have Been Named!

Mary King’s Close is one of the many streets that is connected to Edinburgh Castle. It is known that the street was completely bricked up when the plague broke out. So, it is not surprising that this particular street holds many dark secrets.

The street has reported hauntings going all the way back to the 17th century. The street has been visited and investigated by numerous paranormal investigators. Some actual evidence was found to back up the local legends surrounding the hauntings, as research and archaeological findings seem to back up much of the tales going around about the street.

Interestingly, Mary King’s Close has only reopened in 2003; this is the actual street that was bricked up once the plaque broke out in Scotland. Fortunately, you do not have to brave the most haunted street in Scotland alone. Tours go through this haunted location, taking you along the famous Greyfriars cemetery and the location was Burke and Hare dug up corpses and sold them for medical experiments. In short, the stuff of nightmares!

Considering Rosslyn Chapel is more than five-hundred years old; it is no surprise that there are more reports of hauntings. Many tourists claim to have seen the lady in white, which is roaming the inside of the chapel. There have also been several sightings of a black knight riding on horseback. The latter is believed to be a knight who fought against an English invasion in 1303.

In addition to the many ghostly reports coming from visitors, there are significant rumors that valuable artifacts may still be buried on the chapel grounds. That being said, the actual construction of the chapel is well-documented, so this is a pure local legend at this point.

At the end of the 18th century, Niddry Street was the home of countless merchants and taverns. However, it was not your average commercial shopping street. No, it was a street where anyone who wanted to stay outside the law would go to.

Unfortunately, much of the documentation surrounding the Niddry Street Vaults have been lost over time. At the moment, it is uncertain why or when the street closed down. It remained undiscovered until the 1980s, during which countless artifacts and a genuine historic black market were unearthed.

But this isn’t where the long history of the Niddry Street Vaults ends. After the black market was excavated, a witch coven found a new home in the street. Many believe that the rituals performed by these modern witches has attracted all kinds of paranormal activity.

There are various rooms in the vault who are believed to be extremely haunted, and some of these spirits could cause harm to visitors; at least this is claimed by some people who have visited the location. There have been reports of a shadow man seen in a mirror, but also exploding lightbulbs, a poltergeist attacking visitors in his vault, and more. Interestingly, tours have to be done with torches and lanterns, as no light bulbs stay lit long enough. So, this location is not for the faint of heart.

Contrary to some of the previous locations, the Dryburgh Abbey Hotel is not cashing in on its haunted reputation. In fact, the owners of the hotel have been trying to keep haunting as quiet as possible, at least if some of the guests are to be believed.

Dryburgh Abbey Hotel has a long history. As the name suggests, the location was originally the home of an abbey where Roman catholic monks resided. Documents show that it was founded as early as 1150 by the Lord of Lauderdale. Evidently, the original building has now been reduced to ruins, but they are still found on the hotel grounds. The hotel itself was also built on a religious building, which could explain some of the hauntings inside the hotel.

Local legend claims that the Grey Lady was a woman who had a love affair with one of the monks who lived on the grounds. It is alleged that the relationship was discovered and that the monk was executed for his betrayal. After this, the Grey Lady threw herself into the River Tweed and drowned. It is believed she still haunts the grounds where her biggest loss to place.

Our list of most haunted locations in Scotland would not be complete without a genuine Scottish castle. While there were plenty of options to choose from, the most haunted castle in Scotland is undoubtedly Stirling Castle.

There are countless ghosts that are said to be haunting Stirling Castle, but one of the best-known ones is that of the so-called “Highland Ghost”. Visitors claim they confused the Highland Ghost for a tour guide, only for him to disappear right in front of their eyes. It is also claimed that the ghost was caught on camera in 1933.

Another ghost that is said to roam the halls of Stirling Castle is none other than Mary Queen of Scotts. The Green Lady has also been spotted, which is believed to have been one of Mary’s servants who died during a fire. Plenty of interesting tales to go check out if you feel brave enough. 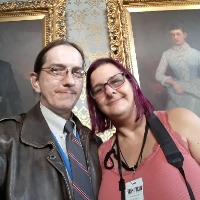 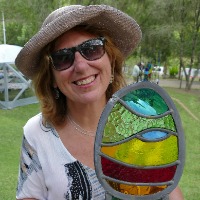