Gwrych Castle was the location for British show ‘I’m a Celebrity...Get Me Out Of Here’ in 2020. Due to the pandemic, the normal location in the Australian jungle was out of the question. But not all was well in Gwrych Castle. After all, many people claim that the castle is haunted. Even some of the cast and crew were starting to come out with stories. But what is the true story behind Gwrych Castle?

What Is The History Of Gwrych Castle?

Gwrych Castle is a fortress situated by the Irish Sea. It is surrounded by a whopping 250 acres of land, making it quite isolated. The castle’s origin dates back to 1810. It was built by Lloyd Hesketh Bamford-Hesketh.

The castle was the home for many people over the years. It was passed down to the Earls of Dundonalds through marriage. The estate was eventually sold in 1946 and was opened to the public later.

In 2018, the castle was bought by the Gwrych Castle Preservation Trust. As the castle started to fall into disrepair, the trust set upon a mission to restore the castle to its former glory.

Gwrych Castle has quite the history when it comes to reported hauntings. There is a legend surrounding the Castle, as it is believed that the Countess of Dundonald Winifred Cochrane haunts the grounds.

Countess of Dundonald Winifred Cochrane was born in 1859 and died in 1924. She was a patron for the arts in Wales and was known for and wide for her contributions to charity. When her father died in 1894, she became the sole heiress of Gwrych Castle.

Winifred Cochrane married the 12th Earl of Dundonald, although the marriage was not thought to be a good one. It is claimed the Earl of Dundonald was never around and spent most of his time in Scotland.

The Countess of Dundonald eventually tried to leave her castle to prince George as a gift, who would later become King George V. However, George refused and the Earl of Dundonald later bought the Castle for £70,000.

Over the years, Gwrych Castle has been rumored to be haunted. In fact, one of the locations associated with the most ‘supernatural’ occurrences is the Countess’ Tower. At least, this according to the Castle’s own website. Naturally, the Castle is benefiting greatly from the ghost story.

The Countess of Dundonald is believed to be haunting the castle still, this according to paranormal investigator Gemma Williams. The investigator also claimed she had to run away when in a lady in a red dress walked out of the wall and screamed.

Gwrych Castle has taken full advantage of the haunted stories that surround it. While the castle was still open to the public, it held its own ghost tours from 8 pm to 1 am. One of the stories featured on the website from staff and visitors include:

“The handrail gave way to nothingness and I felt something propel me up the top three stairs. Seconds later, my colleague told me the butler died right there on that same staircase.”

Unfortunately, the castle is currently not open to the public as it is being repaired. So, it seems the income from the TV show is being put to good use. Therefore, it will be a little while before people can start roaming the castle grounds again. 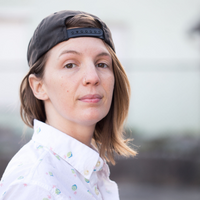