Parawize Talks - Embark on Your Journey to the Truth

An invitation to open your mind to the possibilities.

According to a 2005 Gallup poll, 3 out of 4 Americans believe in the paranormal. Is their belief based upon evidence? Are there any dangers to paranormal belief? Has reality television influenced the public?

On November 12, 2022, Paranormal Daily News (PDN) launched Parawize Talks. These talks were developed to bring open discourse about the paranormal, parapsychology, and Psi to the public. The newly launched Parawize Talks brought together four thought leaders for an impactful and thought-provoking four hours. PDN will bring more thought leaders who are prominent in their fields to deliver more educational content, raise funds for research organizations, and support organizations in the field.

Jock Brocas, is the founder of Paranormal Daily News, an author, and a renowned evidential medium. He explains that these talks were inspired by the PDN team. The idea was to forge a greater relationship between science, academia, and spiritual thought for the public. Together, Jock and Craig created Parawize Talks. The idea is to share an examination of the truth by bringing awareness to various topics in the paranormal, parapsychology, PSI, and the afterlife. This will help bring complicated subjects to the public in easy understandable formats.

This series aims to sow enough seeds in your mind to compel you to keep asking questions. It is so important not just to accept the perceptions proliferated by uninformed voices. It is your invitation to avoid accepting everything at face value. Parawize Talks will offer you different perspectives, even competing ones, that are unified by a commitment to seek knowledge. You will decide the truth for yourself.

Dangers of the Paranormal - Awareness, and Empowerment

Jock Brocas kicked off the sessions. He dove head first into the question: do we need to be cautious when seeking knowledge or becoming involved in the paranormal? In Jock’s opinion, the answer is yes. Through years of experience as an evidential medium. Jock states that many people are driven by curiosity, while others are driven by a need to comfort their fear of death. Despite the underlying motivation. Those who probe into the paranormal are all looking for answers they haven’t been able to find in the material world around them.

During his talk, Jock declared his commitment to serving others and particularly, to helping those in spiritual crisis. Jock also cites cases where the family was left in turmoil and how mediums and investigators have a ‘Paranormal Bias. Jock is the author of the book Deadly Departed. He wrote the book to give awareness and empowerment to anyone working in the paranormal.

He believes that there is a moral and ethical obligation upon all mediums and paranormal investigators. Jock postulates that when they are called in to help those who are in spiritual crisis, the mediums and investigators should operate with the highest of ethics, and integrity. Jock pointed out that often, families who seek help from a medium or a paranormal investigator are sometimes left worse off after an investigation because they have not exercised due diligence nor fulfilled their duty of care. In his opinion; there may be many who are looking only for phenomena to support their next book or television show.

According to Jock, education is the answer to moving safely forward with seekers and practitioners alike.

Craig Weiler, the science editor at Paranormal Daily News, explored the nature of our reality as a conscious universe. Can materialism and idealism coexist? Craig shared his opinion by putting forth an argument that they can’t coexist because the materialism framework has an inherent constraint. In reality, it doesn’t allow for an understanding of the paranormal.

“There is no way at all to prove a truly physical universe without injecting meaning into it… without consciousness.” - Craig Weiler

If we can’t step outside of consciousness to examine the universe. Then it is not possible to prove a material world suggested Craig. He spoke further about a world based on ideas and topped it off with a page out of quantum physics called “entanglement”.

Darby Orcutt, professor, and researcher at North Carolina State University is well known for his work where Science meets the Strange.

Professor Orcutt delivered a session that highlighted the need for humility. He encouraged everyone to look at the world through collaborative and alternative lenses, rather than through an egocentric perspective.

“Building our plane as we are flying it.” - Darby Orcutt

Professor Orcutt went on to speak about the current efforts in genomics, parapsychology, and more. These efforts have resulted in key research and development to advance the creation of a microchip that can read and write information to the brain.

If you want to be a citizen scientist and become involved with Professor Orcutt’s work, [find link]

Professor Loyd Auerbach is known as Professor Paranormal. 40+ years experience in Parapsychology as an investigator, educator, and researcher. He is the author and co-author of 9 paranormal books. Loyd is also the president of the Forever Family Foundation and teaches online for the Rhine Education Center.

Professor Auerbach was born into a life around media, television, radio, and film and spent much of his childhood behind the scenes. This awareness and familiarity stayed with him when he entered the study of parapsychology and into a different type of “behind the scenes.” During his session, he described Parapsychology as studying the experiences of human consciousness inside and outside the laboratory, including ESP, psychokinesis, and other abilities, and evidence for survival of bodily death.

“There is a split between what is shown on television and what Parapsychologists know.” - Loyd Auerbach

He directs our attention to how using a piece of technology doesn’t equate to doing a scientific investigation. Further, he reveals that witnesses are the most important part of an investigation, that is, human experiences of whatever is going on.

Professor Auerbach explores how reality television, like ghost-hunting shows, misrepresents how the study of Parapsychology is actually carried out and driven by the desire to entertain and raise ratings. Given the competing objectives between parapsychologists and television shows, he acknowledged that he has turned down and been turned down for shows. Although the shows may be unscripted, they are directed and edited to suit the purposes of television producers and networks.

Professor Auerbach circled back to the need for ethics and a duty of care to the witnesses who are experiencing phenomena. He stresses that there is a risk that a made-for-tv type of investigation could inflict more harm than good on those witnesses. Moreover, these shows may be shaping our beliefs about the paranormal and ourselves. According to Professor Auerbach, “We are a lot more than the media tells us.”

You can watch the Parawize Talks

If you missed the event and would like to watch the talks in your own time, these talks will be available within the new premium para network that will be launching soon. Of course, if you have already purchased the talks, you will be given free access to them, and you can log into the host service to watch the replays.

Join Us For Monthly Parawize Talks

Join us for the next leg of the Parawize journey by signing up for the PDN Newsletter. You’ll be the first to be notified of the next Parawize Talks live and interactive session with an early bird discount. 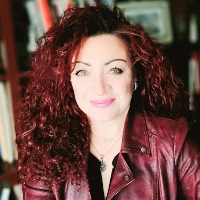