The True Nature of Psi Skeptics

Back in 2008 when I first began writing about psychic ability online, I encountered a lot of skepticism which led to arguments about the Million Dollar Challenge for psychics, created and managed by none other than the late stage magician and skeptic, James Randi. This challenge was certainly convincing to skeptics at the time, so I decided to look into it.

I was more than a little surprised at the emptiness of it. It was ridiculously . . . crude. I did a deep dive into the challenge which I wrote up in my book, but at the time it was already clear that the challenge wasn’t science-based and didn’t prove anything. Anyone who claimed that the challenge proved anything was basically advertising that they didn’t know how science worked. (The challenge did not employ repeatable experiments; they weren’t properly documented; they didn’t use established scientific protocol, but made them up as they went along, leading to amateurish testing. It wasn’t designed to prove anything.)

Skeptic Talking Points Instead of Knowledge

The challenge gave people talking points, but little else. Indeed, the skeptics I encountered would go on and on about how Randi used his magician skills to expose the bad psychics and catch them at their tricks. It did not seem to occur to them that even though this was partially true, it only proved that there were frauds in the professional psychic community, which didn’t prove anything about psychic phenomena in general. There was a gap in their logic that they didn’t seem to comprehend and more importantly, it couldn’t be explained to them.

As I learned more and more about parapsychology and what experiments had actually been done, I also conversed with a lot of skeptics along the way. A pattern emerged. Skeptics are almost universally belligerent, condescending and prone to making declarative statements with no nuance or gray areas. A lot of what they say amounts to talking points and nothing more.

You’ve probably heard this phrase, and it seems ok on the surface, but is it? What makes a claim extraordinary? What counts as extraordinary evidence? This isn’t skepticism so much as it is a vague belief. It’s no more than a rhetorical club to beat people with.

Skeptic talking points also include: “There is no evidence for psi.” “In the entire history of parapsychology they have never had a successful experiment.” “If psychics existed, one of them would have passed the million dollar challenge” and other nonsense. Any disagreement is met with a demand for proof.

However, very few had enough knowledge to discuss any experiment, let alone discuss it in depth. Those who could talk about the experiments followed a particular path, i.e any source I volunteered was 100% biased and any source they volunteered (usually from a 30 second Internet search) was 100% legitimate. No gray area. Anyone I cited was an idiot, anyone they cited was the authoritative last word. I never heard any subtlety in their thinking at all. For example, in all the years of talking to them, I only ever heard a single skeptic say: “I am not yet convinced by the evidence.” And that was on a forum where the worst of them were consistently kicked off.

An assumption of skepticism is that both points of view are examined in an even-handed way. That is to say, skepticism is considered to be a position that relies on knowledge and impartial judgment. If either of these are missing, then it’s not really skepticism, it’s something else. The self described skeptics that I have encountered, are usually missing both knowledge and impartial judgment. It’s more zealotry than anything else.

Just to be clear about this, people who actually look into the science of psychic ability find replicated experiments in telepathy, precognition, being stared at, psychokinesis and Reiki, a type of psychic healing. There are also a large number of one-off experiments looking into various interesting areas, that for various reasons couldn’t be easily replicated. (For example, there was a precognition study that examined train crashes in the 50s and a telepathy study with a non verbal autistic child.) In addition there are many investigative reports by scientists that have yielded interesting results that cumulatively provide a form of evidence.

Around half of the world reports having had a psychic experience of some sort and in some countries psychic ability is taken for granted. It isn’t controversial.

For the skeptics to be right, half the world must be fooling itself and all of these thousands of experiments conducted over the years must be faulty in some way. It is an unrealistic, irrational position to take.

And this is where we see the true nature of psi (psychic functions) skepticism. Denying the existence of psi takes a certain type of attitude. It requires arrogance because you have to believe that you’re right and other people are crazy or deluded. It requires blindness to other points of view and an ability to explain away inconvenient facts. It requires extremist type logic where you are right and everyone else is wrong. This is usually accompanied by attacking people who disagree with you as idiots.

The thinking that many people follow is that parapsychology has to convince its skeptics in order to be considered legitimate. But this logic automatically grants those skeptics infallible, unquestioned judgment and gives parapsychologists no room to prove that the skeptics are wrong. Indeed, it’s customary for parapsychologists to be forced to confront skeptics at every turn. So instead of explaining their findings and moving the field forward, they have to fight for every fact against people who give them no respect and never concede anything of substance, no matter how strong the evidence. With this set up, doubt is always cast on everything they do and they can never win.

How did the field of parapsychology get into this trap in the first place?

Before I get into the organization that started it all, it’s helpful to know who the skeptics are. With very few exceptions, they are all atheists. Self defined skeptics are a subcategory of anti-theists, aka “New Atheists” who distinguish themselves the following way:

In other words, anti-theists view religion as ignorance and see any individual or institution associated with it as backward and socially detrimental. The Anti-Theist has a clear and – in their view, superior – understanding of the limitations and danger of religions.  They view the logical fallacies of religion as an outdated worldview that is not only detrimental to social cohesion and peace, but also to technological advancement and civilized evolution as a whole.  They are compelled to share their view and want to educate others into their ideological position and attempt to do so when and where the opportunity arises.

It’s all there if you look for it. Phil Torres, writing for Salon, recently spelled it out in stark language. Godless grifters: How the New Atheists merged with the far right. In the article he lists a seemingly never ending stream of prominent New Atheists who have landed on the side of the right wing and all its crazy.

I was not surprised. These are the people who coined the term “grief vampire” and accused mediums of preying on the bereaved. There was James Randi who gave out Pigasus awards and insulting nicknames, such as “Gullible Gary” to Prof. Gary Schwartz. They think that they are saving the world from irrational beliefs.

The website Skeptical About Skeptics has been documenting what it refers to as “media skeptics” for many years and I documented that kind of behavior back in 2013 in my book: Psi Wars: TED, Wikipedia and the Battle for the Internet. The language has changed a bit and different social media has arisen, but the song remains the same. There is something wrong with the skeptics.

What exists today is a media organization focused on discrediting the paranormal and parapsychology in particular. If a failed psi research replication shows up in the news, it’s them. If a medium or psychic is discredited in a “study,” it’s them. They accomplish this by using academics to lend credibility to the skeptical message and they have select magazines that they can count on to push the skeptical narrative. (Chris French is a CSI fellow).

They have succeeded for this long by not having any real competition. The paranormal nor the scientific psi community have anything like it to push back against a steady stream of atheist beliefs. By marketing themselves as scientific and reality based and the paranormal and science community around psi as unscientific woomeisters, they’ve gotten the high ground and have become the unquestioned authority.

Skepticism was always overrun with authoritarian types who misunderstood what it was and used the term to gain legitimacy, but in this day and age it’s pretty much synonymous with a radicalized form of atheism pushing their brand of atheistic materialist beliefs. So when you see a skeptic in the news, you’re basically looking at an evangelical atheist trying to convert you to disbelief in the paranormal.

I personally don’t like other people’s beliefs pushed on me disguised as science. 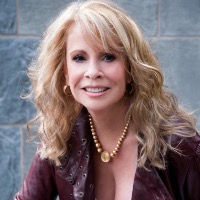