The Haunted Story Of 50 Berkley Square In London

The United Kingdom is packed with ghost stories and haunted locations, but none has spoken to the imagination of the local population than 50 Berkley Square. In the late 19th century, the spot was named as the most haunted house in London. Since then, locals have only added to the legend. But what are the legends behind the haunted house in Berkley Square?

Where The Haunted Stories Originated From

50 Berkley Square is often a point of discussion for many of the locals, mainly where the origins of the stories about the house are concerned. Some believe that the stories came from the odd behavior from one of the former residents, a man called Thomas Myers. It is alleged the man slept during the day and made unusual noises at night, starting the rumor of a ghost.

While some attribute the ghost to the odd behavior of Thomas Myer, others believe the stories were invented by writers after the death of Thomas. Whatever the origins of the stories, the alleged ghost haunting the house come with a rather gruesome story.

There are hundreds of stories about 50 Berkley Square in the United Kingdom, but one of the most dominant legends is that of a young woman haunting the attic. There is more to this legend than a standard haunting though, as the stories about the female ghost are outright frightening.

Former and current residents of Berkley Square all know the legend about the young woman haunting the attic of the house. They believe that a young woman used to live in the house but threw herself out of the top floor window after being abused by a family member. Since then, locals claim the woman haunts the house and that she has the power to frighten people to death if she wishes to do so. The female ghost has been reported to appear as a white or brown mist.

While the story of the female ghost is the most dominant, there are other variants of the story out there among locals. One variant is the story of a young man who was held captive in the attic of the house. He allegedly remained there without human contact and was fed through a hole in the door. It is claimed he went mad and died in the attic.

In 1872, it is alleged that Lord Lyttleton went into the attic to stay the night for a dare. If this is true, then this is around the time Thomas Myer still lived in the house.

The story alleges the Lord indeed spent the night in the attic and locked himself in. However, he encounters the spirit and shot at it with his shotgun. In the morning, he found nothing but his shotgun shells.

Interestingly, the owner of the home was summoned by the council only one year later. Funnily enough, the owner did not have to pay the overdue tax. Why? Because the house was haunted.

In 1879, Mayfair Magazine wrote a story about a maid who allegedly stayed in the attic room of the haunted house. It is claimed she was found mad after a single night in the attic, and she died only a single day after.

The final story about the house tells the tale of two sailors from the HMS Penelope who spent the night at the house in 1887. One of the sailors died fleeing the house, while the other was found dead. The surviving sailor claimed that the ghost of Thomas Myer attacked them.

Information Known About The House

The only true information that is known about the house is the Thomas Myer was indeed a resident of the house between 1859 and 1870. It is believed he was rejected by his fiancé and remained in the house living the life of a recluse. It is also claimed that his mental health deteriorated severely until his death in 1874. While he lived in the house, Thomas neglected the house, which gave the home a rather ghostly appearance and undoubtedly spawned many of the stories.

An autobiography written by Lady Dorothy Nevill in 1906 describes the story in more detail. Lady Dorothy claimed that Thomas was one of her relatives and that he indeed went mad after his fiancé left him. Dorothy did say that ghost stories were nonsense, stating the lights and noises witnessed by the local population were none other than her uncle pacing around the house at night.

Other than the autobiography of Lady Dorothy, little is known about the house. Researchers believe much of the ghost stories were invented by writers. While this may be the case, 50 Berkley Square remains one of the most controversial and scariest buildings in London.

Have you visited this area, or a Haunted House like it, let us know! 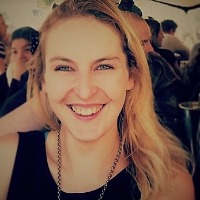